Written by Mauricio Mussa
Updated over a week ago 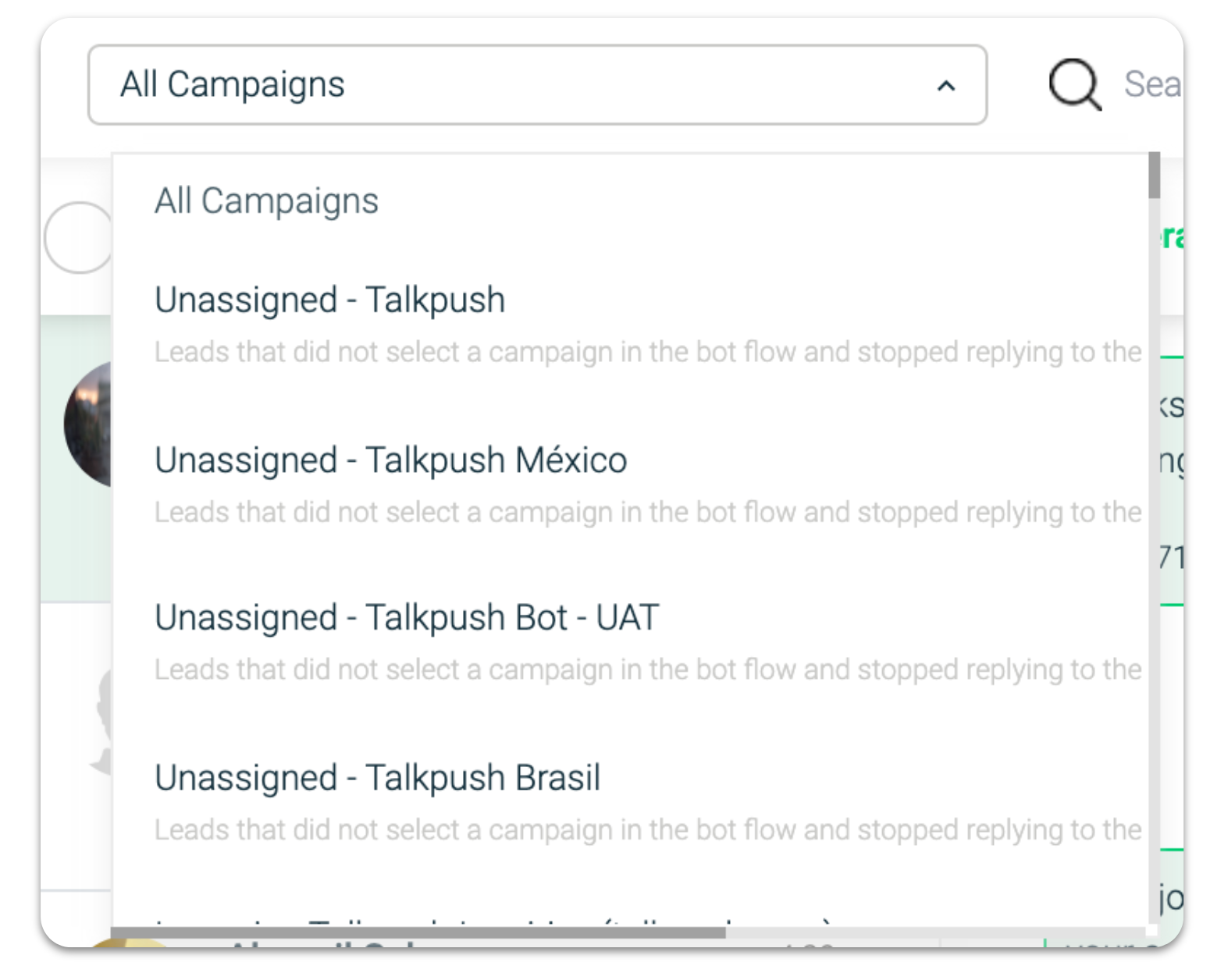 Inside the Unassigned Campaign(s) you will find all leads that started a conversation with the Talkpush Chatbot on your Facebook Page but did not proceed to the point of the conversation where they've applied to a campaign or submitted an inquiry within 10 minutes of speaking to the bot,  essentially these are leads that stop speaking to the bot at some stage due to any reason. Once a lead has spent more than 10 minutes without applying or submitting an inquiry they will appear inside the unassigned campaign.

If you speak to a lead inside the unassigned campaign and decide to move that lead into another campaign as they'd like to apply for that role, simply click the move candidate button and add the lead to the inbox of that campaign, in this particular of the unassigned campaign this action will no create a new application for the candidate but instead move the existing application, not changing the Application ID in the process.