Written by Tanya Singh
Updated over a week ago

Sending Facebook messages to candidates outside the standard 24-hour messaging window is difficult to control and often leads to spamming our candidates with messages. 😥

In light of this behavior, the Talkpush team is releasing an anti-spam control feature tonight GMT+08:00 (October 19, 2020), that should protect you from getting restricted by Facebook from sending messages. 🙌

The anti-spam control feature will prevent you from the following details below: 👇

How does this work? 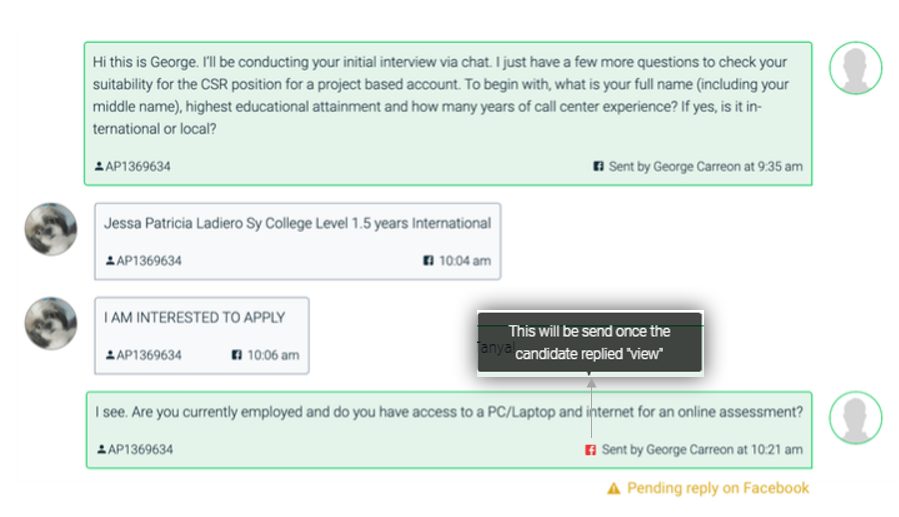 “Anti Spam Policy: There is a message pending reply from the candidate. Please wait 24 hours to send another message via Facebook. Would you like to use SMS instead?
(Charges may apply)” 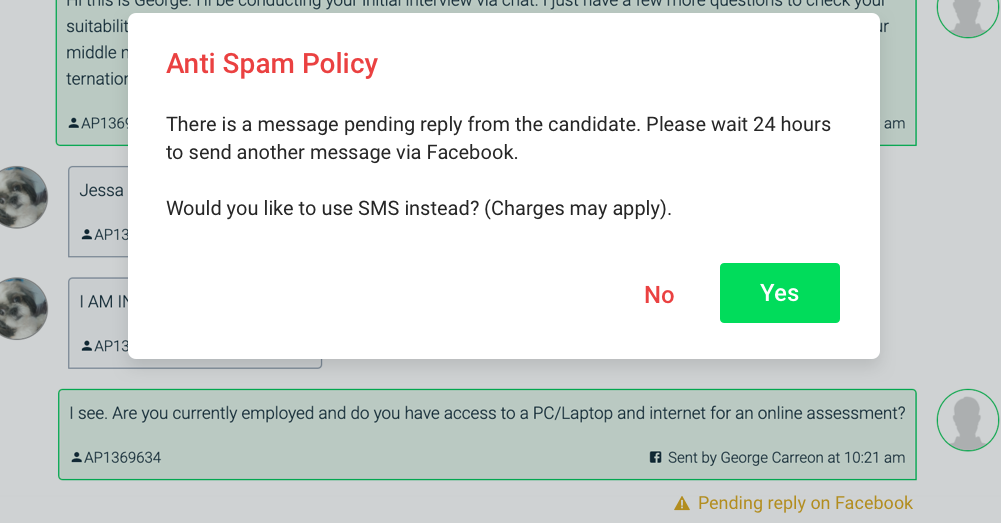 1. What is the behavior when a recruiter sends bulk messages?

2. The anti-spam control feature helps manage the spamming of messages; however, Talkpush will not be able to handle the content, which is acceptable for Facebook Policies.